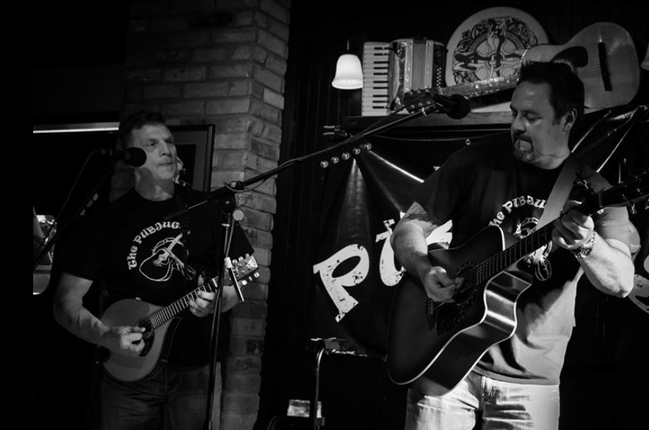 St. Catharines, Ontario in 2012.  The pub had a guitar and a mandolin behind the bar.  A short while later an impromptu music session evolved with a wide variety of musical genres echoing throughout the pub.  Having drank themselves in and out of tune they decided to explore the possibility of a small musical project in the Niagara Peninsula.  After one rehearsal and a freshly cut demo CD,  The PUBJUGS officially put themselves out for hire with the band playing all the top  Irish/Pub venues in the Niagara Peninsula to great acclaim.